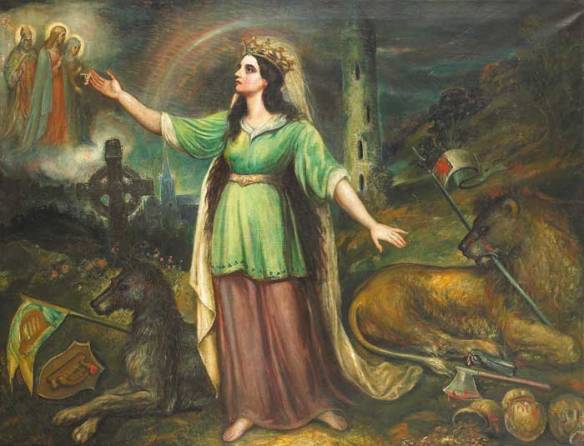 I was delighted to receive this morning my contributor’s copies of the most recent edition of the New Hibernia Review, which is published by the University of St Thomas in Minnesota.   The present issue’s ‘Filíocht Nua: New Poetry’ section consists of five poems by myself. According to the editorial:

Billy Ramsell’s second book, The Architect’s Dream of Winter is just out from Dedalus Press, following on his debut collection, Complicated Pleasures (2007). In the new book and in the poems presented here, Ramsell maps the suddenly wired, suddenly wide, world in which we find ourselves. His native Cork and the people he loves are to be in these poems, surely, but now we apprehend even the closest world with digital assistance. In “Memory House” he begins, “I outsourced all my memories to machines.”There is irony here, and sometimes bemusement, but the poet is no Luddite: in “Reel,” a traditional tune heard on his iPod becomes “digital amber.” Ramsell’s poems offer a meditation on mortality through the intersections of music, machines, and memory—an intersection that draws close to longing.

It’s an honour to feature in such an august publication, especially when previous contributors include  Pat Boran, Leanne O’Sullivan, John Ennis, Michelle O’Sullivan and James Harpur. My thanks to James S. Rogers and his editorial team. 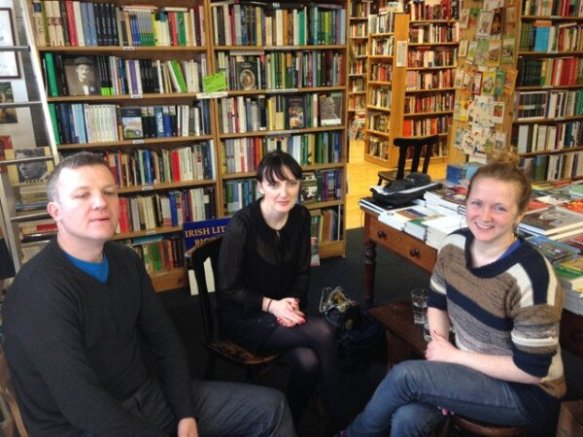 In Charlie Byrne’s bookshop with Sinéad Gleeson and Hollie McNish

I was delighted at this year’s Cúirt Festival to chat with Sinéad Gleeson for the Bookshow on RTE Radio 1. The conversation took place in the perfectly chosen surrounds of Charlie Byrne’s bookshop; an institution and surely a candidate for best bookshop in the country. i was interviewed alongside Hollie McNish, a barnstorming English poet whose set at the Róisín Dubh was a revelation; full of fury and invention, humour and humility. The conversation can be downloaded here.

Cúirt was a whirlwind of literature and sociability. The readings and discussions were varied, exhilarating and  uniformly well-attended; it’s great to see the affection with which the city embraces the festival. Kudos to Dani McGill and her team. 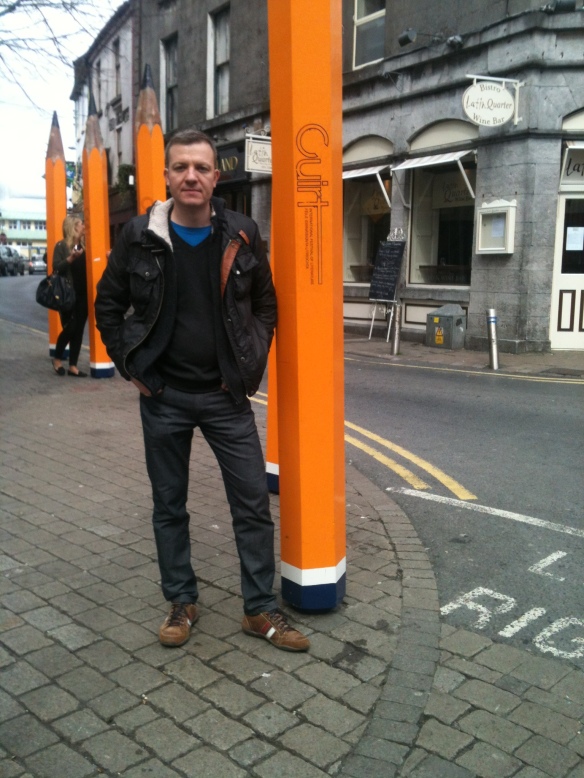 It was great to meet old friends like Dave Lordan, Declan Meade and Lisa Allen. And indeed to make the acquaintance of new ones like Colin Barrett, Elaine Cosgrove and Erin Fornoff. Much thanks too to Seamus Sheridan for his late night hospitality.

I think my own event went well enough. It was a privilege to read with the great Theo Dorgan in the beautifully renovated Taibhearc theatre. The debate after our readings, ably facilitated by Dave Lordan, was passionate and maybe a little heated. But I also found it challenging and enlightening. Hopefully the audience were entertained. 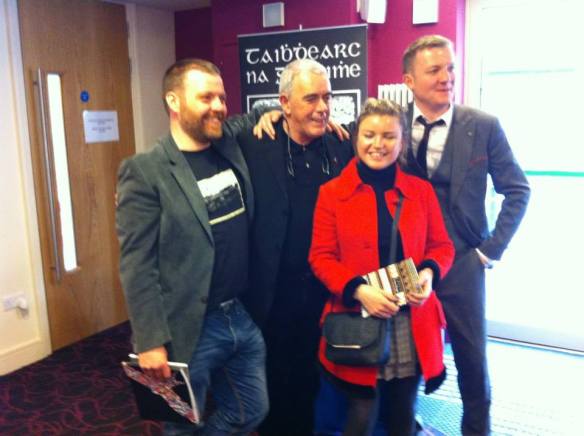 Dave. Theo and myself with Lisa Allen after our event in An Taibhearc 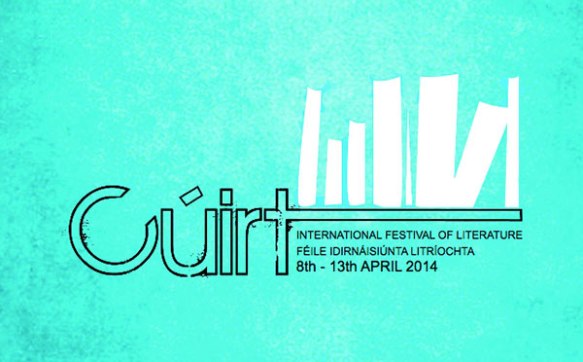 I’m delighted to be reading at the Cúirt Festival in Galway this weekend. This is undoubtedly one of Ireland’s most storied and prestigious literary events and this year’s lineup is as varied and vibrant as ever. So it’s something of a dream come true for me to be invited. I’ll be sharing the stage with the great Theo Dorgan on Friday at 4pm if you find yourself in the Galway area…